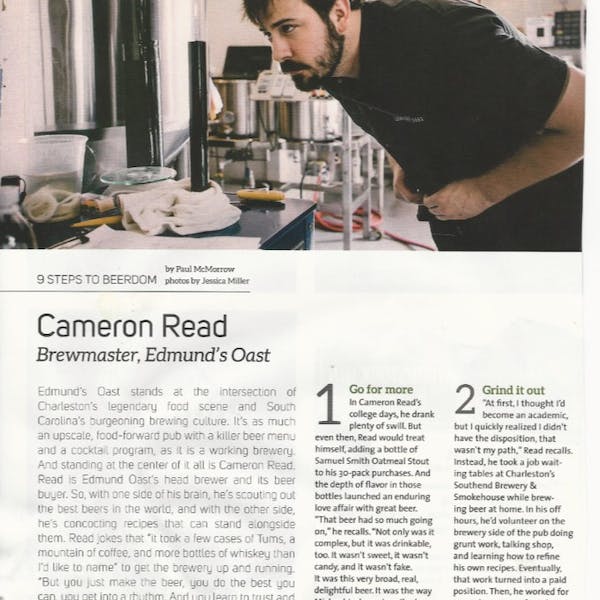 Edmund’s Oast stands at the intersection of Charleston’s legendary food scene and South Carolina’s burgeoning brewing culture. It’s as much an upscale, food-forward pub with a killer beer menu and a cocktail program, as it is a working brewery. And standing at the center of it all is Cameron Read. Read is Edmund Oast’s head brewer and its beer buyer. So, with one side of his brain, he’s scouting out the best beers in the world, and with the other side, he’s concocting recipes that can stand alongside them. Read jokes that “it took a few cases of Tums, a mountain of coffee, and more bottles of whiskey than I’d like to name” to get the brewery up and running. “But you just make the beer, you do the best you can, you get into a rhythm. And you learn to trust and forgive yourself.”