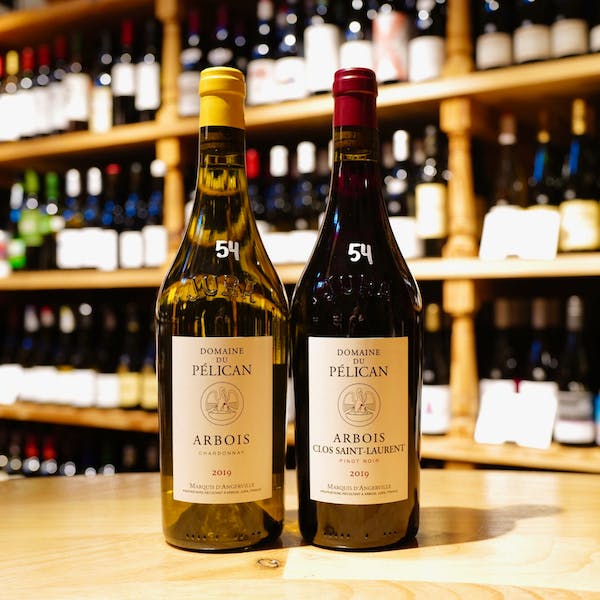 We have been fans of the Jura wines from Domaine du Pelican since first sip, but they are now truly coming into their own after about a decade of the domaine’s evolution. The wines bring the elegance of Burgundy (the property is owned by the famed Burgundian domaine d’Angerville),but the domaine is careful to pay homage to the distinctive Alpine terroir of Jura and its historic techniques. Case in point, the Chardonnay and Pinot Noir we have on the shelf (both are $54). The Chardonnay sees just a touch of new oak, and the Pinot Noir sees none at all. They are both quite simply lovely!  Email [email protected] to reserve yours. And if you are interested in the full story of how Domaine du Pelican came to be check out this excerpt from their importer’s website:

Domaine du Pelican began with a bottle of wine.

“I tasted this bottle blind in a restaurant in Paris that I often go to. I always tell the sommelier to give me something blind and the only rule is that it has to be outside Burgundy. When he brought me this wine, I said, ‘You forgot the rule, you brought me a wine from Burgundy.’ And he said, ‘I am afraid you’re wrong.'” – Guillaume d’Angerville

The wine was a bottle of Stéphane Tissot’s Chardonnay Arbois Les Bruyères 2005 and it left such an impression on Guillaume that it inspired him to begin a search for vineyards in the Jura. After leasing Chateau Chavanes in Montigny-les-Arsures, Guillaume gained access to 5 hectares of biodynamically farmed vines that had been impeccably replanted ten years prior by the former owner. The domaine is supported by an additional 5 hectares of vines never touched by chemicals and formerly farmed by Jean-Marc Brignot. In 2014, Jacques Puffeney announced he would be retiring and that Guillaume would be taking over 4 hectares of his vineyards.